The Barbados National Standards Institution was established in 1973 as a joint venture between the Government of Barbados and the private sector under the Companies Act.  It is a non-profit benevolent organization and consists of administrative offices and a laboratory complex.

Work towards the establishment of BNSI began in 1966 with the decision of the then CARIFTA Council of Ministers that every participating country should establish a Bureau of Standards to protect regional and national consumers in the increasing exchange of goods and services and initiation and extension of industrialization.

A study was therefore done in 1967 on the feasibility of a National Standards Body in Barbados.  During the same year. Barbados, through the then Economic Planning Unit, became a Correspondent Member of the International Organization for Standardization.

Following another UNIDO Study in 1971, the BNSI formally established de jure in February 1973, as a joint venture between the Government of Barbados and the Private Sector under the Companies Act.  It is non-profit and registered “benevolent” organization.

In 1973, BNSI assumed the membership for Barbados in the ISO.  Barbados, through BNSI, became a full member of ISO in 1999.

The UNIDO/Government of Barbados projects for the “organization and administration of the Barbados National Standards Institution 1973 – 1976 and 1978 – 1981” saw the development of the Institution.  BNSI occupied premises at Government Headquarters and the old Bay Street Boys’ School before taking possession of its present accommodation at “Flodden”, Culloden Road in 1975.

THe objectives of the BNSI

The objectives of the BNSI are to facilitate trade and the international competitiveness of Barbadian goods and services, the protection of consumers and the harmonious development of the sectors of the economy, through the development of standards, revision and amendment of these standards from time to time, testing of products for conformity to these standards, certification of products to national standards, accreditation to ensure that those who carry out testing, certification and inspection are competent to do so and calibration of measures (including mass, volume, temperature, length).

To be a flexible, fit for purpose organization able to respond quickly to the demands and needs of the national quality infrastructure.

To facilitate, through standardization and its related activities, the national quality infrastructure and international competitiveness of Barbadian stakeholders in all sectors of the economy through an operationally independent, flexible and responsive organization.

Statement of mandate from the Chairman, Board of Directors

“Our mandate is to take the Barbados National Standards Institution to the next level, in conformity with international standards in standards development, testing, certification, accreditation, labelling and metrology. There is immense revenue earning potential to be unlocked within the BNSI, and the Board has been working assiduously to ensure that BNSI will soon be able to compete with its international counterparts” 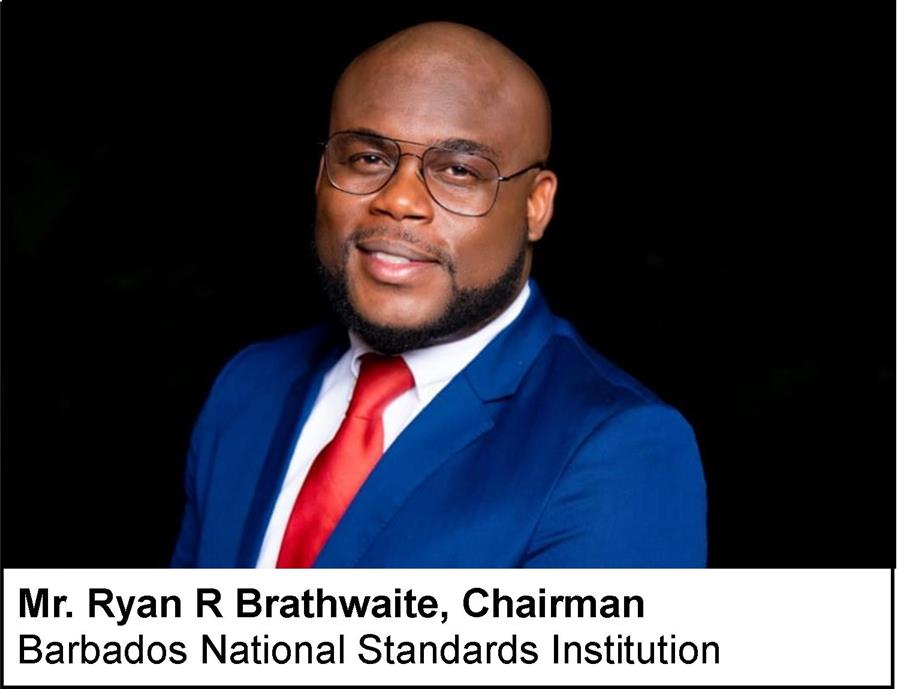 Attorney-at-Law and Deputy Dean of the Faculty of Law, UWI Cave Hill

The Permanent Secretary in the Ministry of Energy, Small Business and Entrepreneurship

(links to be added to open documents)

Legislation giving legal force to the work of the BNSI includes:

The functions of the BNSI include: